April 6-12 is National Public Health Week, and poisoning remains a critical public health concern for our nation.  As a matter of fact, poisoning is the #1 cause of injury-related death in the United States. It’s true- more people die of poisoning every year than either gun or car-related injuries.  The vast majority of these poisoning deaths are caused by drugs, a category which includes both over-the-counter and prescription medications, plus illicit or “street” drugs.

The most important tool we have to help combat poisoning in this country is the national Poison Help phone number, 1 (800) 222-1222.  Clinical experts like nurses, pharmacists, and physicians who are specially trained and certified in toxicology answer the phone from the nation’s 55 poison centers to help people who have poison-related questions, concerns, or emergencies. Best of all, both members of the public and health care practitioners alike can use this invaluable resource any time around the clock, every day of the year, at zero cost to the caller or the patient.  Not only do poison centers provide life-saving treatment advice, they provide poison prevention education as well.  Finally, the American Association of Poison Control Centers manages the National Poison Data System, the only near real-time poison surveillance database available in the U.S.

If you only do one thing in observance of National Public Health Week, save Poison Help as a contact in your phone.  You never know when you might need this critical public health resource. 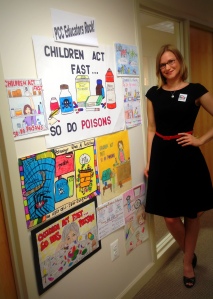 The 2013 National Poison Data System (NPDS) Annual Report is now available.  It’s a comprehensive look at the cases managed by the nation’s poison centers over the course of a year.  The staff at the AAPCC central office put together a shorter, more user-friendly summary with graphics for the public and poison prevention educators.  We call it the “Poison Center Data Snapshot” and it’s available here.  It answers the following questions: 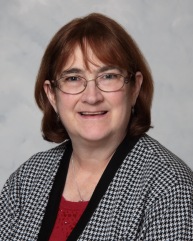 Gwenn is a registered nurse and has worked at the Indiana Poison Center (IPC) for 26 years.  She is also a Certified  Specialist in Poison Information (CSPI).  Prior to working at IPC, Gwenn worked in Adult Critical Care and in a surgical ward at Methodist Hospital in Indianapolis, IN for a total of 7 years. Gwenn feels that she found her true area of interest in the field of toxicology as she can work directly with patients, nearly all of whom recover uneventfully.  Still, there are always new challenges, so the work is never less than stimulating.  In addition to her work at the Indiana Poison Center, Gwenn has been active in the American Association of Poison Control Centers (AAPCC) for 24 years, working with the SPI Committee, and serving on the Board of Directors, among other activities.

Gwenn is the mom of 5 children, the youngest of whom just graduated from high school.  Next year she’ll have 3 kids in college! She is also the proud grandmother of a 6 year old boy whose frequent visits keep her hopping.  In her spare time Gwenn likes to read, garden, sew and volunteer at her church.

You’re a careful parent. You use Child Resistant Caps (CRCs) on all of your medication bottles. You have those pesky plastic “ thingamajigs” on all of your bottom cabinets, which keep you – and hopefully your 2 year old – from accessing your lower cupboards. You even use baby gates to keep your child restricted to the “baby safe” rooms, out of the kitchen and laundry areas. Surely a poison exposure won’t happen in your home, right?

Not necessarily! Toddlers and preschoolers are particularly clever and agile little beings. They watch you like a hawk, seeing where you are “hiding” things, and plotting ways to reach those very items. Despite how it sounds, they’re really not devious little monsters – they are just curious, intelligent little people, eager to explore the world and to find out all about the fascinating things Mom, Dad, and other grown-ups use. Sometimes that curiosity involves tasting and eating new and inviting items.

How can you best make your home and environment Poison Safe? Follow these tips –

If the unexpected does occur, remember that this is NOT a reflection on your worthiness as a parent. Accidents happen! Collect your child and the product, grab the phone, and call your regional poison center at 1-800-222-1222. The friendly experts there are ready to help you assess the situation and determine what needs to be done. You will get the proper directions, your child will get the proper care, and you can learn more about how to make your home safe and prevent further exposures.

When you call the Poison Help line, a poison expert is on the other end of line to help you. While many of these experts are physicians, nurses and pharmacists, they’re also parents, grandparents, sisters, brothers and friends just like you.

The AAPCC is proud to showcase the dedicated professionals at America’s poison centers. 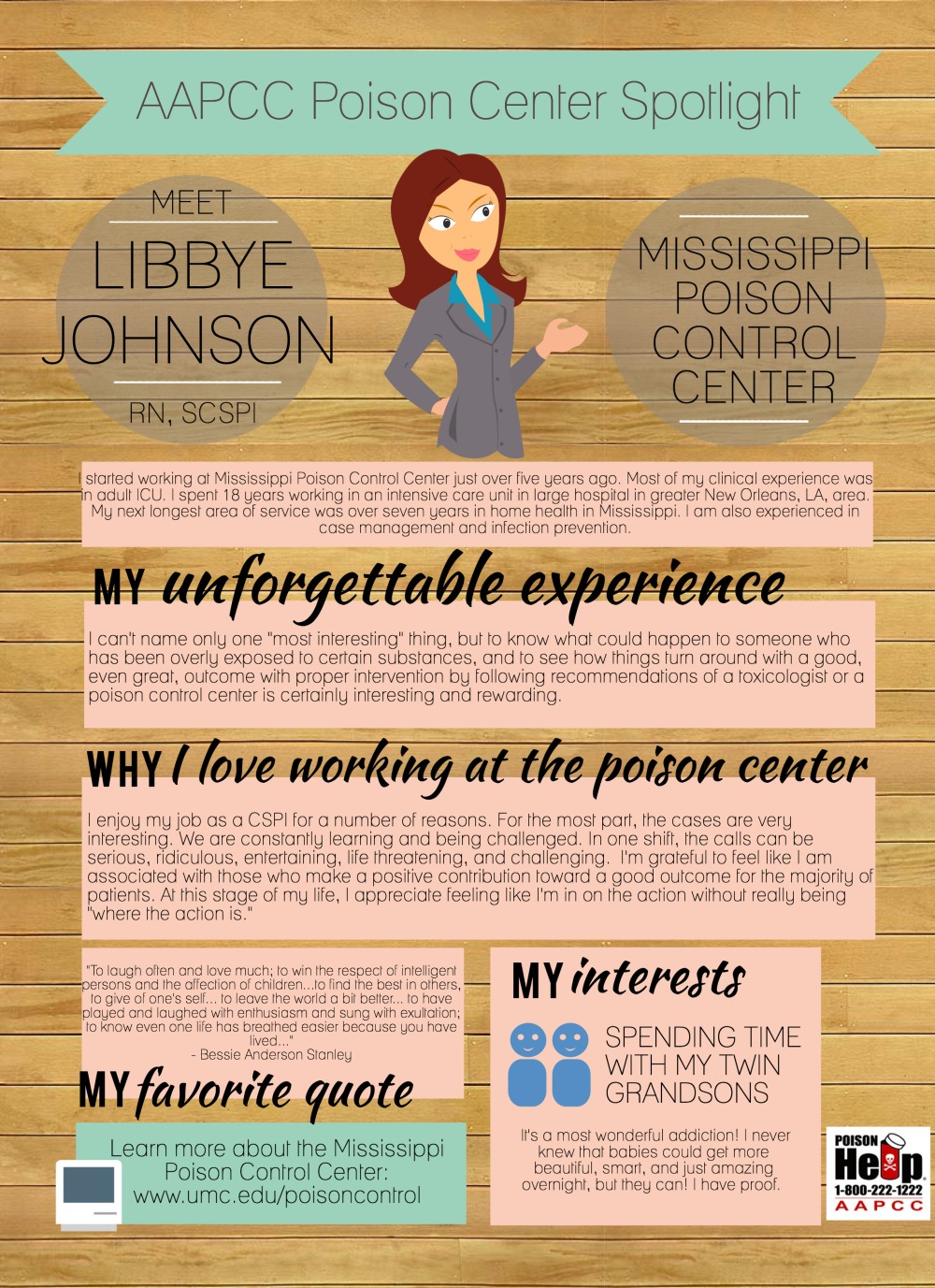 BY THE PRESIDENT OF THE UNITED STATES OF AMERICA

Over the past four decades, America has seen a steep decline in childhood deaths from accidental poisonings — thanks in part to improved safety measures and increased public awareness. During National Poison Prevention Week, we do our part to remain vigilant, ask our loved ones to use common-sense precautions, and learn about the potentially life-saving action we can take in case of emergency.

While we have made great strides, unintentional poisoning still takes the lives of about 30 American children every year and sends tens of thousands to the hospital. Because the vast majority of these accidents occur in the home, it is essential for parents and caregivers to keep potentially harmful products — including cleaning supplies and medication — out of their children’s reach and sight. If you ever suspect a child, family member, or anyone has been poisoned, quick action may prevent serious injury or death. You should immediately call the toll-free Poison Help Line at 1-800-222-1222.

Earlier this year, I signed the Poison Center Network Act, which supports the hotline, a poison prevention grant program, and an awareness campaign. As my Administration promotes safe practices across our country, each of us can make our homes and communities more secure. To safeguard against carbon monoxide, a deadly, colorless, odorless gas, every American should have heating systems inspected each year and install carbon monoxide alarms in their homes. And because prescription drug overdose remains the most common cause of fatal poisoning, we must properly store and dispose of medications. I encourage Americans to visit www.DEAdiversion.USDOJ.gov to read about safe prescription drug disposal and learn how to participate in the National Prescription Drug Take-Back Day on April 26. For information on preventing accidents and helping victims of poisoning, go to PoisonHelp.HRSA.gov.

To encourage Americans to learn more about the dangers of accidental poisonings and to take appropriate preventative measures, the Congress, by joint resolution approved September 26, 1961, as amended (75 Stat. 681) has authorized and requested the President to issue a proclamation designating the third week of March each year as “National Poison Prevention Week.”

NOW, THEREFORE, I, BARACK OBAMA, President of the United States of America, do hereby proclaim March 16 through March 22, 2014, as National Poison Prevention Week. I call upon all Americans to observe this week by taking actions to protect their families from hazardous household materials and misuse of prescription medicines.

IN WITNESS WHEREOF, I have hereunto set my hand this fourteenth day of March, in the year of our Lord two thousand fourteen, and of the Independence of the United States of America the two hundred and thirty-eighth.